At the beginning and end of time.18+
Buy

"Kind people! Worship those who, in joy and in sorrow, have lived here and will never return here. "
The family lives hard and sadly just ten kilometers from the Chernobyl nuclear power plant.
It is high time for them to leave, but the grandmother, who is almost ninety years old, refuses to leave her home.
And she collects fruits and berries, plants and collects potatoes, although this is prohibited.
The fungi here glow with blue light, it can be seen that they are poisoned.
She tells her daughter and her grandson incredible stories about blue alien humans, about the metro branch, which was secretly dug from Gorbachev from Kiev to Chernobyl.
Her grandson gets acquainted with stalkers who come to the exclusion zone for exploration. They want to make money from tourists from Europe who dream of extreme trips to a dangerous zone.
They tried to leave the danger zone in the Crimea, but there their life did not work out. Therefore, they had to return home.
But here there is no joy and rest for them.
"Sho's done, done, you will not turn back." We can not get used to any life. The catastrophe at the nuclear plant crashed us to the nines. "
List of tickets
FeedBacks 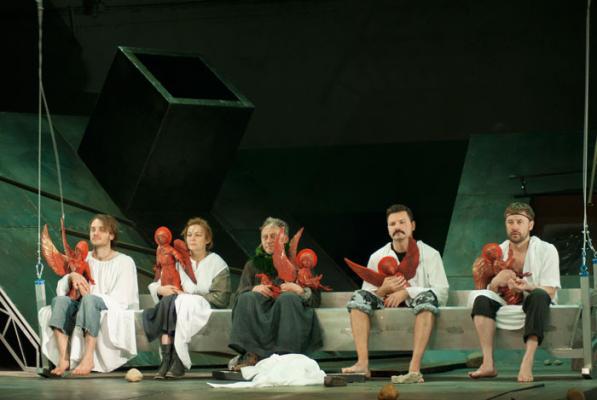 The most important16+
Buy

An uneasy job for an interpreter is to transfer fates. From the language of someone else's personal - to a neat stationery.

Switzerland mid-twentieth century welcomes political refugees. But not all: histories are carefully checked, read out, checked, there should not be false stories and fates, those who simply invented that he is being persecuted are not allowed to pass.

So, here you need an interpreter. A person who would record all the stories in the local language, set them down concisely and thoroughly.

He is the collector of human lives. After all, people will leave, years will fly by, and what will remain of them? A heap of notes, notes, neatly folded into the daddy's tale. Diaries and letters. That's all we are. 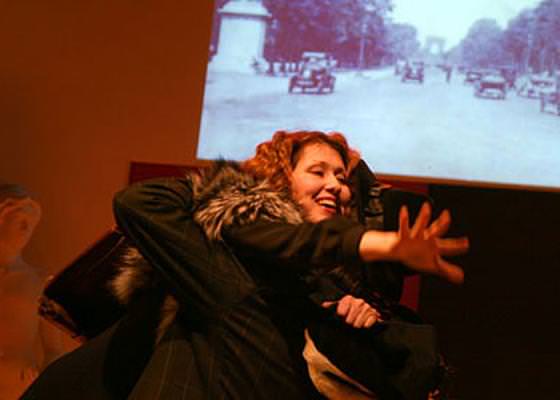 Penelope for all time16+
Buy

"The only way to get rid of temptation is to surrender to it."
English gentlemen are always ironic. But their wives are theirs.
Another would be the wife's place, whose husband does not miss a single skirt, sobbed and tore her hair.
And this wise lady decided not to disturb her husband, to give him plenty of exercise.
If she will pester him with moralizing, shame and dishonor the mischievous man, he can think of a divorce.
The lady is sure that someday he will get tired of hiding and deceiving. Then her beloved husband will return to the family.
Especially because the girls for their intrigues, he chooses pretty, but extremely stupid, vulgar and poorly educated. From their empty chatter, anyone's head aches.
An exemplary wife believes that her wicked husband will stop walking to the left.
She is unruffled, like an English lord.
Have you often met a repentant sinner? 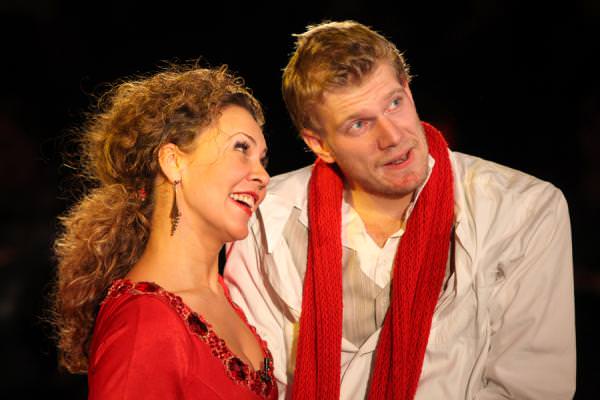 A good man from Sezuana16+
Buy

The goods are love.

We all try to be kind. And how often we find an excuse for our indifference. Time is not suitable, place, and in general it is not in our power ...

But to help another person do not have to be strong. Do not have a lot of money. It's enough just to be kind.

A good soul does not choose whom to live with. She absolutely does not care. The brightest and noblest can even be in the body of an ordinary prostitute.

She married a crook, knowing that he would take all the money and leave her after the wedding. They need him to realize his dream and fly again on airplanes. She was so kind.

Love and compassion are never wasted. They change lives for the better. Any good deed is returned a hundredfold.

But not for her. People, like leeches, sucked at her, dropping by drop all that was left of her. To save herself, she changes into a man's suit and is represented by her cousin.

Unlike her, he knows how to say "no" and things go well with him. She did not know where her games would lead her ...

Kindness is a terrible curse. She is very kind. Someday it will kill her. 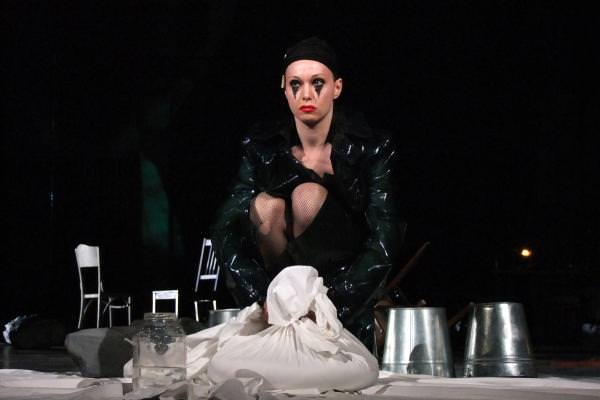 "When we, alive, clink glasses and drink for the departed, they are smiling somewhere".

This beautiful Georgian toast can be pronounced for the heroes of the play, since they have already died. They are angels.

Among them, a young guy Vasya, who was a sniper. He is trying to find a common language with the former soldier Tokha, who was shot in the war, and with Serega, a tuned shirt-guy.

Next to them - a blockade aunt Tanya, the girl Marusya, well preserved from pre-revolutionary times and taciturn old man Sanych.

In the "next world," Vasya teaches them to fly the guitar, sings a touching song to them: "Beautiful far away, do not be cruel to me ..."

And they show him how to fly, and they teach a new life.

They all yearn for the past life. But the angels do not cry!

They were happy when they lived on earth and were free, they could love and hate. It's a pity that they realized this too late ...

Those who leave the world remember us differently, as long as we remember them. 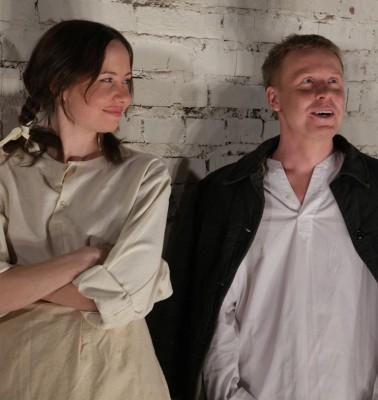 "If it's love, you have to go to the end, do not be afraid of even death."

The young man saw in Florence a girl who is most beautiful.

But she is married to a jealous old man. Without it, she's out of the house - nowhere.

But there was an inveterate rogue who was ready to help the lover.

The old man dreams of an heir. It is necessary to introduce him to a doctor who will help a lover to see a beautiful woman.

The trick was a success. The doctor completely froze the old man's head. He invented an incredible story about a love potion and a stranger who must guard his wife at night.

Now the young man can spend one night alone with the beautiful Italian!

"It is better to be courageous than cautious, because fate is a woman". 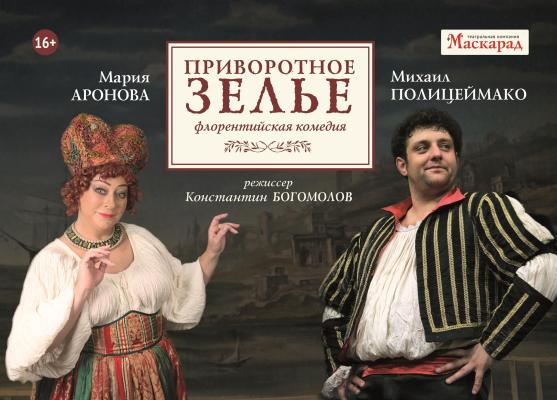 And why did these people take the queue to the store, on the door of which hangs a sign "Accounting"?

Probably can not read. The people have picked up the most diverse - from Kyrgyz handymen to a dreamy girl, from a simple peasant to some incomprehensible drinker.

But a modest girl does not mind drinking vodka with casual acquaintances.

And then a drunken peasant will get a scolding from his wife-dressmaker. At home, except for another scandal, he does not expect anything.

If only he could escape from this captivity of petty quibbles and big quarrels!

At the insistence of his wife, he again goes to the store and sees the inscription "Closed." How could he be lonely in this world!

Does this unfortunate person ever get to a place where he will be surrounded by elegant women in evening dresses?

The play is based on the story of Daniil Kharms.

If there are too many sorrows, it remains only to laugh at them. 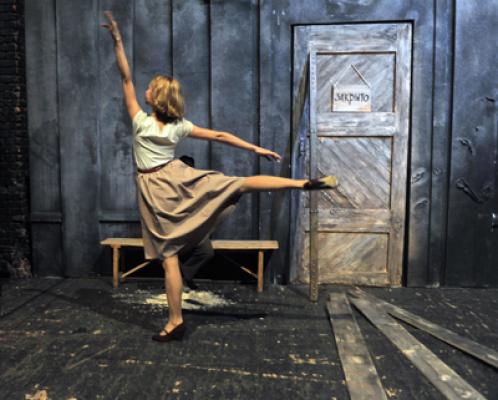 Not saved, ruined a clean and bright soul ...

But the wife of this lonely, gloomy, "basement man" was closer to his wife.

She married him an innocent sixteen-year-old girl. Modest, sweet, defenseless. I brought my family album to him.

How cold and dreary she was in his uncomfortable house! She did not understand her husband, and she was afraid, even she did not say anything superfluous. Walked quietly, like a mouse, afraid to disturb his peace.

He never asked for anything.

And he only furtively glanced at her, admiring her youth and beauty.

But her endless patience came to an end. She had to break out of this cage.

I burn it no limit. Without his wife, the whole world seems to him to be a grave. 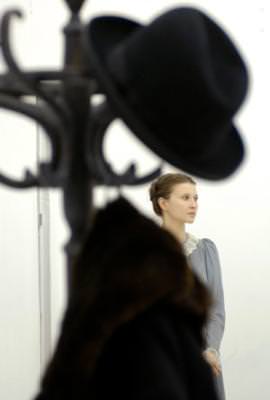 The year is coming. The cities are collapsing. People do not change.

Wooden boards - like the walls of narrow coffins. As the lid oppresses the oppressive atmosphere in the house.

One frivolous servant does not notice anything. Enjoys life in the "tomb". A merry song is heard ringing at home.

I put my whole life on the forest. Logs, boards, drying, uneven bars, files ... And the son has already grown. Is to whom business to transfer.

He at least drinks, not drying out, but quiet, kind and flexible. The hangover treats the guitar and poems. And he does not want to think about his father's business.

Maybe the wedding will fix the brains? The girl is beautiful. Beauty, with a fervor from the heat of the monastery walls. So maybe .. so it's useful?

Why such a good son of an alcoholic will disappear? Girl, why are you so uninviting. Really does not care why you have so often happened?

Do you agree? Well, fine…

The old businessman and the young fool are the perfect couple.

It's easy to guess. People need not jeeps, plasma TVs and an abundance of square meters.

People just want to be loved. People are like people. 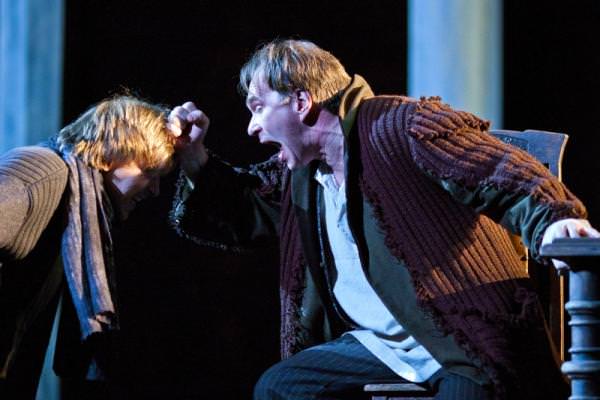 Noise behind the scenes16+
Buy

How hard it is to earn provincial actors! Extra earnings are very necessary.

They decided to take part in the new production. Then the most interesting thing began ...

Attention! Theater in the theater.

The fashion director rehearses with the actors a comedy of positions.

According to the plot events take place in the old London mansion. It gathered those who did not expect the presence of others. There is a couple in love, and the owners of the house, who are hiding from the tax inspector. In addition, a thief climbed into the window.

And the characters are forced to always mention sardines! After all, the play - a "sardine" sponsor, a seller of canned fish.

Can you imagine how "touring" the tours of this troupe are?

All the time something goes wrong. Then the props lost, the decor was broken, then the actors forgot the lyrics of the roles.

The tension is increasing. Absolutely absurd!

The director is frightened waiting for the final exit of one of the artists. But will he? After all, the actor got drunk in the insole ...

A striking comedy by Michael Freyn. Unrepeatable English humor. You will laugh all the time. 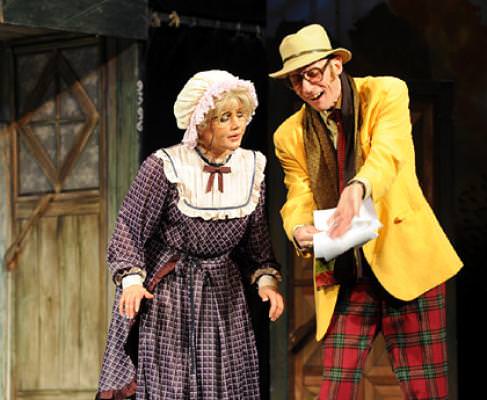