You will be the first if
write a review.
Genre
Performance
Location:
Moskva, Tverskoy b-r., 22
Duration:
02 h 00 min
close 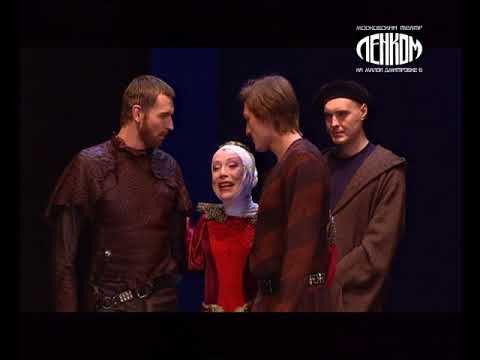 Based on D. Goldman’s play “The Lion in Winter”
Cast: Inna Churikova, Dmitry Pevtsov, Sergey Piotrovsky, Dmitry Gizbreht, Igor Konyakhin, Alexandra Volkova
Production: Gleb Panfilov
ALIENORA AQUITANIAN
(1122 - 1204) Duchess of Aquitaine, Queen of France (1137 - 1152), Queen of England (1154 - 1189)
“An extraordinary woman who has risen above her age. And what a century! The century of flowering of Romanesque art and the birth of Gothic. A century that saw the glory of chivalry and the liberation of cities. The great age of courtly lyrics, troubadours of the South and the North; the birth of the legendary characters of a medieval knightly novel - Tristan and Isolde; the appearance of the novel as a genre; Chretien de Troyes creations ... She was the queen twice, became the mother of two kings - one of them was the famous Richard the Lionheart ...
Alienora of Aquitaine played an outstanding role in both politics and literature. Its influence extended even to the economy and social life. ”
Regin Pernoux, French historian
Read more

28 january
Elinor and Her Men

31 january
The Master and Margarita

According to statistics and audience who have bought a ticket for«"Aquitaine Lioness"», we recommend to see

24 january
Love me more than life