The Generation of Mowgli6+ 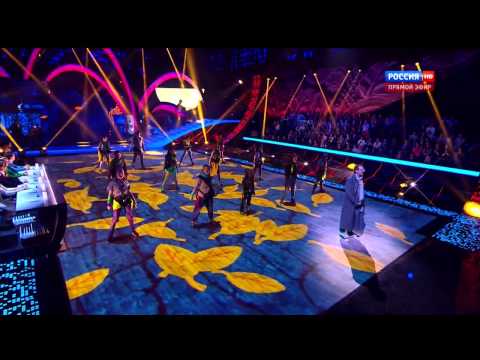 Konstantin Khabensky restarted the theater project "Generation of Mowgli"
The Mowgli Generation, a large-scale charity theater project led by Konstantin Khabensky, will be resumed in Moscow in June. The project is restarted jointly with the Children's Musical Theater of the Young Actor and the Moscow Show theater company. The first performances can be seen on June 1 and 2 at the Moscow Art Theater. Chekhov, you can already buy tickets here (link).
The proceeds from the sale of tickets will be used to help the wards of the Khabensky Foundation - children with brain tumors. The first performances of the renewed project will be attended by Diana Arbenina, Timur Rodriguez and Konstantin Khabensky.
Konstantin Khabensky: “We tried to put together a new version of the play“ Generation of Mowgli ”- more adult and interesting. It will be a vivid musical, dramatic and dance performance, when 120 boys and girls and 5 adult actors are simultaneously on stage. The Mowgli Generation is a story about those foundations that will never go anywhere: love, friendship, the sun, wind, rain. They were before the Internet, and they will remain after the Internet is gone, and you and I will be left face to face with each other. I really hope that this performance will live more than one season and will enjoy the interest of the audience. ”
“Generation of Mowgli” is a theatrical project, which has been implemented since 2014 under the direction of Konstantin Khabensky. This is a musical performance based on the Kipling fairy tale, where the action takes place not in the jungle, but in a large and noisy city. During the existence of the play, Diana Arbenina, Alexei Kortnev, Ekaterina Guseva, Timur Rodriguez were involved in it, but most of the roles are traditionally performed by children and adolescents. The new version of Generation of Mowgli is attended by 120 boys and girls.
“The Generation of Mowgli” is a vivid story in which Sherkhan performs rap, banderlogs play basketball, and the main character re-explores the world and the people around him, encountering the philosophy and principles of various characters. The performance is based on eternal values: family, friendship, a sense of truth, compassion and understanding of how important it is to take care of those who need help.
From 2014 to 2016, the project raised more than 15 million rubles, which helped pay for the treatment of more than 40 children with brain tumors. The latest performance, “The Generation of Mowgli,” took place on October 1, 2016 at the Kremlin Palace. The Mowgli Generation is a laureate of the Stanislavsky Prize in 2014, the Runet Prize in 2015, the Impulse of Good Prize in 2016 and the Theater Star Prize in 2017.
Duration 2 hours with intermission
Do not miss this grand event of 2020!
Remember, the evening begins with the Moscow Show!
Read more

09 jule
THE MAN FROM THE PODOLSK

According to statistics and audience who have bought a ticket for«The Generation of Mowgli», we recommend to see

Moscowshow Event The Generation of Mowgli