You will be the first if
write a review.
Genre
Musical Performance
Location:
Moskva, Olimpiyskiy pr-kt., 14
Duration:
02 h 00 min
close 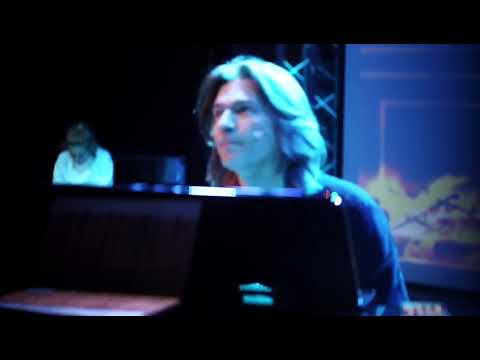 On November 27, Dmitry Malikov will again show the musical play “Turn the Game Over” on the stage of the Teatrium on Serpukhovka due to numerous requests from viewers. Statement, which just need to see every student! This is a vivid, exciting musical performance with special effects and serious acting for modern, funny, inquisitive, young and very young people, as well as for those who consider themselves as such.
The play in a simple and accessible language in just an hour and a half tells the whole history of music. The greatest works of Mozart, Bach, Beethoven, Tchaikovsky, Rachmaninov, Sho-stakovich, Chopin, Gluck, Liszt sound.
"Turn the game over" offers a new form of communication with adolescents. The performance helps children to take a different look at music, at life and at the world as a whole. He really turns the mind and makes it all great music.
Director - O. Subbotina. Cast: Dmitry Malikov, Victoria Belyakova, Gleb Podgorodinsky, Sergey Mukhin, Mohamed Abdel Fattah, Ruslan Khankishiyev, Anna Zaryankina, Andrei Land, Olim Gadoev, champions of Russia in acrobatic rock-and-roll Evgenia Khavtorina and Nikolai Khitruk.
Read more

11 december
Before the movie show. Three musicians and my Marusechka

13 december
Konstantin Raikin. In your voice ...

According to statistics and audience who have bought a ticket for«Turn the Game», we recommend to see