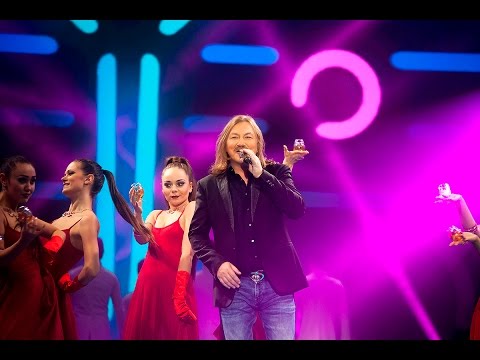 On November 30, an unforgettable concert of one of the most popular and favorite singers and composers of the national stage will take place in the beautiful modern concert hall of the Plekhanov Congress Center. Igor Nikolaev will perform with the program "Best and new songs # Выпьемзалюлювь".
Igor Nikolaev began his solo career in 1986. Already then the popular composer became a famous singer almost overnight: only one ether in the program "Morning mail" was enough, where they showed the song "Mill" in his performance so that the next day the young artist was recognized on the street.
Today he is Honored Artist of the Russian Federation, one of the best authors on the Russian stage, whose songs have become a bright page in the creative biography of Alla Pugacheva, Irina Allegrova, Valery Leontiev, Philip Kirkorov, Joseph Kobzon and others. The composer has been awarded "Song of the Year", "Golden Gramophone", "MUZ-TV", Russian Music Award "Ovation" and numerous awards for his contribution to Russian music.
Hits created by Igor Nikolaev - a huge amount: "The Kingdom of Curved Mirrors", "Mill", "Raspberry Wine", "Let's Drink For Love", "One Hope for Love", "Taxi", "Grand Piano in the Night", "Two Stars" "," Stranger "," Forgive and Let go "," Russians love beautifully "," I bless this evening "," We coincided with you "," Broken cup of love "," Sms "," Ferryman "," My Wanderer "and a lot others.
"For me, every meeting with the audience is an exchange of clean energy, it's not just flowers and applause - it's an opportunity to see the eyes of people who care about my songs, it's a chance to show new songs and sing together with the hall their favorite tunes. Come and sing together, because we need each other! "- says Igor Nikolaev
In the concert, the audience will hear all the hits and hits of different years, as well as the most popular compositions written by Igor Nikolayev for other artists. Surprise for the audience will be new songs from the album "Life Line".
Read more

According to statistics and audience who have bought a ticket for«Igor Nikolaev "The best and new songs"», we recommend to see