Saint-Petersburg. Dinner with a fool16+

You will be the first if
write a review.
Genre
Performance
Location:
Sankt-Peterburg, Kamennoostrovskiy pr-kt., 42
Duration:
02 h 00 min
close 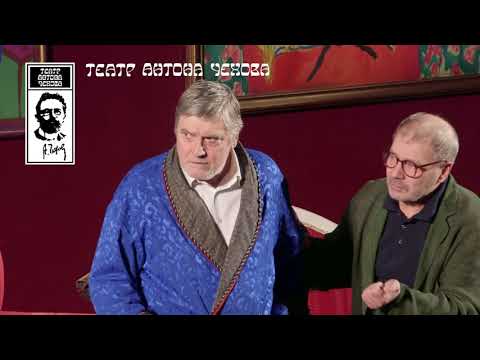 Tour of the Theater A. P. Chekhov (Moscow).

A company of aristocrats every Wednesday arranges a comic dinner, for which each participant must bring the most real fool. Which, of course, does not know why he was invited. Friends untie the language of their guest and have fun all the time. And then they decide whose fool was the most convincing, and they give the winner a special prize. When the turn comes to Pierre (Oleg Basilashvili), he does not hesitate a moment, invites to visit Francois Pignon (Gennady Khazanov), who, at first glance, seems like a fantastic idiot and should provide Pierre with an undoubted victory.

But in the play "Dinner with a fool" the events develop in the most unexpected way. On the appointed day, Pierre begins terrible troubles: his wife runs away from him, an attack of radiculitis begins, and on the threshold the tax inspector appears at an inconvenient point of view.

Supper has to be canceled, but Francois does not think to leave Pierre alone. Instead, he falls into a series of funny situations, incidentally completely destroying the well-established life of the prosperous Pierre and in the finale exposing him to the fool.

The play "Dinner with a fool" does not pretend to philosophical conclusions. This is a real comedy, in which the main role is played by one of the best pop comic actors in Russia - Gennady Khazanov. On this production is to go just for the sake of the game of this popular artist, who, like no one else knows how to make the audience laugh.

The play "Dinner with a fool" causes a real fun in the hall, this production attracts the widest circle of spectators of completely different ages. It can be said that Leonid Trushkin managed to create an excellent example of an entertaining theater that does not pretend to be deep, but provides an entertaining theatrical action to the public.

08 december
In this nice old house.

09 december
The syndrome of happiness, or Lie under contract

According to statistics and audience who have bought a ticket for«Dinner with a fool», we recommend to see

04 december
How important it is to be serioznym